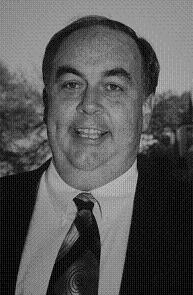 Since 1971, John Chester has been a leader in lesbian and gay rights efforts, philanthropic organizing, Chicago House development, and both gay and non-gay religious activism. At the same time, he has been much involved in political organizations and election campaigns. Since the late 1960s he has also aided programs for affordable housing and community development. A native of Detroit, he was a graduate of the University of Notre Dame and a telecommunications specialist by profession.

Chester’s first Chicago involvement was with the Uptown Center of Hull House. It was there that he learned how to adapt his considerable administrative skills and organizational abilities to best advantage within a not-for-profit business environment. He chaired the Uptown Housing Committee, working to combat redlining and develop decent low-income housing along the lakefront. As an offshoot of this and to help the working poor to establish credit, Chester founded and served as the president of the Northside Community Federal Credit Union.

His first love, however, was always politics. In 1971, Chester joined Illinois Gays for Legislative Action to work on an early version of what would later become Chicago’s human rights ordinance. In 1973, he was a founding member of the Gay Rights Task Force of the Alliance To End Repression, which became the Illinois Gay Rights (now Gay and Lesbian) Task Force; in 1977, he became co-chairperson of the IGRTF’s state bill project, remaining actively involved until 1983. During the early ’80s, Chester was the president of OPEN (Organization Promoting Equality Now), Chicago’s first gay and lesbian political action committee. He is currently the president of the Illinois Federation for Human Rights Political Action Committee, and he serves on the boards of directors of Personal PAC, which supports “pro-choice” candidates for office, and Illinois Public Action, which promotes utility and health-care reform.

Chester was highly visible in his support of and work for many individual candidates for public office. Among these have been State Representatives Bruce Douglas, Susan Catania, Elroy Sandquist, and Carol Ronen, aldermanic candidate Charlotte Newfeld, and Alderman Mary Ann Smith. He is also a long-time supporter of Democratic gubernatorial candidate Dawn Clark Netsch, and he worked for her earlier elections as Illinois state senator and state comptroller. He retired to Albuquerque, New Mexico, where he died of a heart attack in 2020.