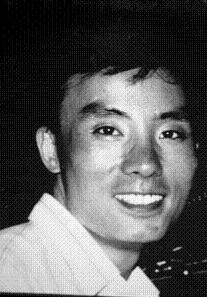 During a short, courageous life he built a legacy of social change here and overseas. In 1984 at the age of 23 Samson Chan co-founded and became the first president of Asians and Friends-Chicago, a group for gay Asians and non-Asians that has been replicated in other cities internationally. After failing to gain a permanent U.S. residence, he returned to Hong Kong in 1991, became a pioneering and attention-getting gay and AIDS organizer there, but died of AIDS complications in 1995. He made social contributions in Chicago and overseas during his short life, that long survived him and brought immeasurable benefit to other gay men and lesbians.

Born on September 27, 1961, Chan arrived in the United States in 1980 and first settled in the Chicago suburb of Rolling Meadows. He completed requirements for a GED certificate, graduated from William Rainey Harper College, and in 1987 earned an M.B.A. degree in international business from Roosevelt University. He worked for a commodities trading company until he returned to Hong Kong in late 1991, where he died of complications from AIDS on May 14, 1995.

He had tried to gain permanent U.S. residence but, whether because of HIV status or otherwise, could not do so. Instead, on leaving for Hong Kong, he talked of new plans to use his education and Chicago gay organizing experience to benefit that colony as the 1997 re-absorption by China approached. Given its brevity and his youth, his Chicago organizing experience had been intense.

Under Chan’s leadership, AFC was put on a firm footing and became publicized throughout the Chicago area. Through its newsletter and his travels, he shared his experiences with persons forming similar groups in New York, Dallas, and Florida. In 1991, he chaired the Chicago steering committee which hosted that year’s annual International Friendship Weekend, an event that AFC helped to found, during which members of groups similar to AFC gather in various cities for education, cultural, and social events.

Despite some members’ qualms about being “political,” Chan made sure that AFC was one of the original sponsors of Chicago’s annual “Have a Heart” AIDS fundraiser. Until he left for Hong Kong, he continued on the project’s steering committee. He saw its annual dance as a way for various social groups within the gay and lesbian community to come together and help PWAs.

After two months of travel in Europe, Chan arrived in Hong Kong in November 1991, eager to rejoin the family whom U.S. immigration requirements had previously restricted his visiting. In early 1992, as Samson Chan Kam-wa, he became Service Program Director for the newly formed Hong Kong AIDS Foundation. He found volunteers, did educational outreach, interviewed doctors to assure their sensitivity and expertise before referring PWAs to them, visited hospital patients, and ran support groups. His own doctor and nurse called him “the person they were waiting for” to help change Chinese attitudes toward the disease. He generated much unprecedentedly favorable Hong Kong publicity in behalf of persons with AIDS and of gay men and lesbians.

In Hong Kong, Chan also established Horizons, a volunteer gay and lesbian crisis hotline that has also received many calls from mainland China. In June 1994, for health reasons, he resigned from his job in exhaustion and made what was to be a farewell visit to friends and loved ones in the United States. He leaves an enduring legacy of social change.