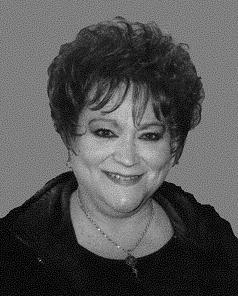 FRIEND OF THE COMMUNITY | Inducted 1994

Lori Cannon – was drawn into Chicago’s organized gay and lesbian community during her tenure as Winkle Transportation’s “Bus Driver to the Stars.” Assigned as the chauffeur to a number of national touring companies, she was not surprised to discover her affinity with the many gay “boys” in the chorus line. She was named a “Friend of the Community” for her work with Chicago House and the NAMES Project and for later co-founding ACT UP/Chicago and Open Hand Chicago. For Open Hand she drew on her early organizing skills as a show-business bus driver and raised funds, handled public relations, and oversaw a food pantry’s development.

Cannon was among the earliest volunteers for Chicago House. Her maternal instincts, her totally irreverent sense of humor, and her high-energy approach to everything put her at the center of everyday life at the agency’s first community residence for PWAs. She helped to plan the weekly “family meal,” the regular Thursday-night dinner that was intended by the residents to include volunteers, staff, and other individuals visiting the site. She also assisted residents in completing routine tasks that had, for many, become a challenge; these included shopping, laundry, and personal care. She called on her numerous friends, acquaintances, and business associates, scheduling hair stylists and planning recreational outings “for the boys,” “borrowing” a school bus from time to time as the situation warranted.

During 1988 and again in 1990, Cannon served on the steering committee for the NAMES Project – AIDS Memorial Quilt. For both the Navy Pier and McCormick Place Quilt displays, she coordinated media and public relations activities.

Also in 1988, motivated by her experiences with Chicago House and the Quilt, Cannon joined Matthew Hamilton and three others to co-found Open Hand Chicago. Here, Cannon was able to use the skills she acquired as a bus driver; she mapped out regular routes throughout the city, planning the efficient and convenient delivery of meals for PWAs most in need. Over the years, she also participated in the agency’s fundraising activities, volunteer recruitment, and public relations. Cannon is now Open Hand’s special projects coordinator and is overseeing the plans for its first food pantry.

Lori Cannon and her best friend, political cartoonist Danny Sotomayor, joined with Paul Adams to create ACT-UP Chicago (from Chicago for AIDS Rights, a/k/a CFAR) in 1988. She noted: “It was pure joy to be a `co-conspirator’ with the most notorious, explosive AIDS activist Chicago has ever known. Danny used his activism and his considerable artistic talent to strip away the rhetoric that too often masks woefully misguided AIDS policies.”

Among her other community involvements have been the AIDS Legal Council of Chicago, the 1993 Chicago March on Washington Committee, IMPACT, and the Tom Chiola for Judge Committee. For all of these, Cannon has drawn on her organizational skills, turned her chutzpah up to high volume, and been a part of various evenings of entertainment and information, the end result of which was raising critical funds for organizations, activities, and individuals in which and in whom she believed. (Please note: this information has not been updated since the time of the member’s induction).