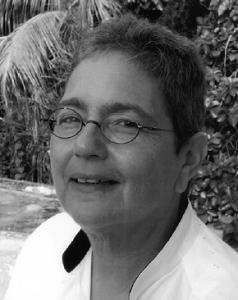 Michal Brody, Ph.D., began her activism during the year of the Stonewall rebellion (1969) at the age of 21 as a founding member of the groundbreaking Hyde Park–based Chicago Gay Liberation. In 1970 she became one of the founders of Chicago Lesbian Liberation. She also joined the collective of the early Chicago lesbian newspaper Lavender Woman, writing columns and articles as well as doing production work. Brody documented her experiences and reflections about the early days of CGL and CLL and her years at the newspaper in her landmark book, “Are We There Yet? A Continuing History of Lavender Woman: A Chicago Lesbian Newspaper, 1971–1976”.

Brody also contributed to the early years of women’s music in Chicago. In October 1972, the Chicago Women’s Liberation Union produced a historic concert featuring the first openly lesbian music group in the world, Family of Woman—which also formed in Chicago—and Brody was their opening act. She toured the Midwest with the group and wrote a number of songs that galvanized lesbians wherever they performed. One of Brody’s songs, “Old Woman Song,” is featured on the High Risk collection of lesbian feminist performers.

Brody moved to Iowa in 1973, continuing to work long-distance on the production of Lavender Woman, maintaining her Chicago ties while extending her media activism. From 1977 to 1985 Brody was a member of Iowa City Women’s Press, the all-woman press responsible for printing periodicals that were vital instruments of lesbian community-building, including Lesbian Connection, Sinister Wisdom, and Common Lives, Lesbian Lives.

“Are We There Yet?” was published in 1984 (reprinted in 1991). In 1985, Brody moved back to Chicago and again immersed herself in Chicago’s lesbian community activism. She hosted a number of presentations at Mountain Moving Coffeehouse, including several oral herstory events, and in 1993 co-founded the Institute of Lesbian Studies.

“Even when we were doing the newspaper,” Brody recalls, “we were aware that we were the change we were reporting.” “Are We There Yet?” was fueled by Brody’s desire to keep that activism moving forward, by stimulating memory, by reconnecting lesbians, and “by putting a record of dyke experiences out into the world.”

Brody, who has a Ph.D. from the University of Texas, now teaches Mayan linguistics at the Universidad de Oriente in Valladolid, Yucatán, Mexico. (Note: information listed has not been updated since the member’s induction).