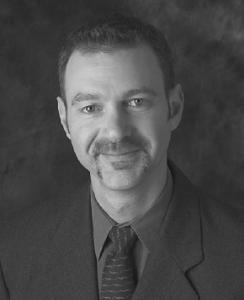 Kevin G. Boyer has been an integral part of Chicago’s LGBT communities since the late 1980s. He served as president of Chicago’s Gerber/Hart Library and as a member of the original coordinating committee for the national Gay and Lesbian History Month. He volunteered for a wide range of community nonprofits, donating both his own time and his company’s services.

Boyer was born in Salt Lake City, Utah, in 1963. He grew up Mormon in Utah, California, and Arizona and graduated from high school in Rupert, Idaho. He is a graduate of Weber State University in Ogden, Utah, and earned a master’s degree from the University of Oregon. He moved to Chicago in 1988 to take up graduate studies at Northwestern University.

In addition to his service as a volunteer, donor, member of the Gerber/Hart Library board of directors and, for two years, board president, Boyer has a long list of commitments to Chicago’s LGBT community. These include co-founding the Chicago Area Gay and Lesbian Chamber of Commerce and for four years co-chairing the organization’s board, during which time the organization grew to more than 400 members throughout the Chicago area, becoming the fastest-growing LGBT business organization in the United States.

He also undertook fundraising and providing a number of other services in conjunction with Chicago’s Gay Games VII in 2006—serving as a board member of both the Gay and Lesbian Alliance Against Defamation’s Chicago chapter and the Gay, Lesbian and Straight Education Network—and working from 2008 with the Federation of Gay Games and Games Cologne (Germany) and Gay Games VIII, held in 2010. He was a member of the Gay Games’ Policies and Procedures Committee from 2000 to 2007.

Boyer co-founded Communication Management, Inc., a management and marketing firm that specializes in events, public relations, and the nonprofit community, in 1990. In 1999, he co-founded Third Coast Marketing, which specialized in target marketing to the gay and lesbian communities and provided significant pro bono marketing services to nonprofit organizations, theaters, and community groups. He also served on the board of the National Association of Graduate-Professional Students for two years and from 1990 until 2000 was executive director.

In 2010, Boyer was tapped by the Gay & Lesbian Alliance Against Defamation to co-found and co-chair a new GLAAD Chicago Leadership Council, a position he held for three years. In the summer of 2013 he stepped down from that role (while remaining on the Chicago Leadership Council) to co-chair the March on Springfield for Marriage Equality. (Note: information listed has not been updated since the member’s induction).