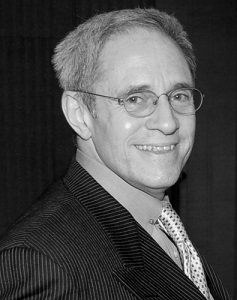 As a philanthropic trustee, active and committed board member, and public- spirited lawyer, Jim Alexander has helped to develop Chicago’s cultural sphere, bolstered its nonprofit organizations’ effectiveness, and heightened diversity in their programming and in civic life.

During his co-trusteeship over the years, the trusts have directed millions of dollars not only to help Chicago’s LGBT communities but also to help mainstream cultural institutions in serving a diverse Chicago population. He has been a force for change both inside and outside the board room.

Some of the LGBT programs for which Alexander has secured financial assistance include the Chicago History Museum’s Out at CHM lecture series and its pioneering Out in Chicago exhibition, as well as services and programs offered by Center on Halsted; Chicago House; the AIDS Legal Council of Chicago; the AIDS Foundation of Chicago; Better Existence with HIV; Equality Illinois; the Gay, Lesbian & Straight Education Network (GLSEN); the Illinois Safe Schools Alliance; Lambda Legal; Open Hand Chicago; and the Howard Brown Health Center.

Alexander’s assistance has gone beyond grants and has included advice, counsel, and (for Center on Halsted) exceptional board leadership. And, since 2006, he has helped to develop the LGBT Community Fund housed at the Chicago Community Trust.

He has provided steadfast board support to many nonprofits, including his current service as board chairman at the Harris Theater for Music and Dance.and his director’s role at the new Chicago High School for the Arts. He serves or has served on 15 Chicago nonprofit boards, always giving his all and expanding diversity at those institutions.

For many years Alexander has been supporting LGBT rights and welfare. His impact on Chicago is immeasurable.