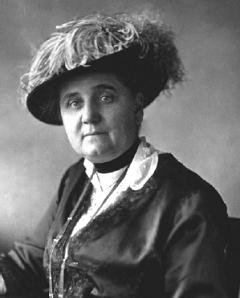 Jane Addams (1860–1935) is a Chicago icon. Her accomplishments in founding one of the nation’s first settlement houses, Hull- House (now spelled Hull House), in 1890 and creating a model for social change and democracy—addressing such issues as child labor, public health reform, garbage collection, labor laws, and race relations—have qualified her for inclusion in any pantheon of Chicagoans.

She was also the first American woman to be awarded the Nobel Peace Prize, in 1931, in recognition of her tireless (and often thankless) activism against war and other forms of violence. In 2007, she was again commemorated when part of Interstate Highway 90 was named in her honor. Although she was born in 1860 in Cedarville, Illinois, she died in Chicago in 1935, and her memory remains powerful in Chicago, the nation, and the world.

Biographer Louise Knight has noted the “long silence about the historical significance of Addams’s intimate love life.” Current historical research and insight demonstrate that it is time for Chicago’s LGBT communities to claim Addams as one of our own. Historian Lillian Faderman notes that Addams “spent her adult years, almost until her death, with other women, in long-term relationships that we would describe as lesbian today.”

Addams had at least two long-term same-sex relationships—one of which, with Mary Rozet Smith, lasted 40 years. Addams and Smith traveled together, shared the same room and bed, and owned property together. Addams consistently addressed Smith as “dearest” and used phrases such as “I am yours ’til death.” Their relationship to each other was recognized by their close associates as intimate. Historian John D’Emilio points out, “No matter how you cut it, these are all marks that we use to understand women and men as lesbian or gay.”

During her lifetime, Jane Addams fought ceaselessly for the rights of the disenfranchised in Chicago and around the world. For her tireless and passionate work on behalf of peace, justice, and equality for all oppressed and exploited people and her exemplary status as a role model both historically and in the present, she is inducted into the Chicago Gay and Lesbian Hall of Fame.