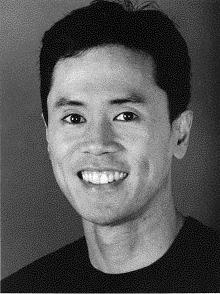 In 1990, Angel Abcede felt the impact after a large number of friends, fellow dancers, and associates had succumbed to AIDS. In working through his grief and frustration, he felt the need to do something to prevent more AIDS deaths. His answer was to create a group that utilized his talents as a dancer, writer and actor. This group was to be called the Sex Police.

The Sex Police is an AIDS awareness performance group, providing information on safer sex, HIV, and STDs through songs, dance, and skits for high school students. Abcede recruited other dancers and brought the idea to fruition at the group’s first performance in 1991. Since then, the Sex Police has brought the message of proper condom use, abstinence, and general safer-sex practice to more than 100,000 students in the Chicago area.

Incorporated as The School Street Movement, the Sex Police received its first grant from the city Department of Public Health in 1992. That grant and others were directed specifically to the education of students primarily in communities of color, which were receiving too little attention concerning the HIV epidemic. Tirelessly battling and reassuring school administrators and parents, Abcede filled a niche in bringing life-saving information to students on the South and West sides of the city as well as in more affluent suburbs.

The sex police also spawned a second group, the Sex Police Cadets, composed of students who had seen the show and were inspired to get involved. Along with performing, the cadets provide vital peer counseling and help attract their friends to make smarter choices.

Besides organizing the Sex Police, Abcede was also a columnist for Gay Chicago Magazine from 1994 to 1998. His column “Buddy Angel,” provided a window into the life and experiences of a gay Filipino man, as well for a mirror for many gay Asian men in Chicago. Abcede has also mounted a one-man musical show, “The Semen Tree”, which he has performed in New York and Chicago and which delves more deeply into the gay Asian American experience. He has been a member of Chicago’s Joel Hall Dancers for 17 years and has choreographed for the annual Dance Chicago festival.

He has also served as secretary and president of Asians and Friends Chicago. (Please note: this information has not been updated since the time of the member’s induction).