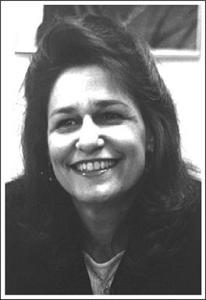 FRIEND OF THE COMMUNITY | Inducted 2000

Helen Shiller was inducted as a “Friend of the Community” for more than 30 years as a progressive activist a fighter for the disenfranchised, and a courageous voice for the human rights of LGBT people and for service as 46th Ward alderman since 1987.

Shiller was elected alderman of Chicago’s 46th Ward in 1987. At the time of her induction she had been re-elected three times. In the City Council, she sponsored or lobbied for numerous measures to improve the quality of life for sexual-minority communities and for persons living with HIV/AIDS. In 1988, Shiller was a cosponsor of the new Chicago human rights legislation that included sexual orientation as a prohibited basis for discrimination. Currently she supports amendment of the legislation to include a specific prohibition on gender-identity discrimination.

In 1992, Shiller attended community meetings that demanded an increase in Chicago funding to combat AIDS. She drafted a City Council measure to increase the city’s AIDS budget, which at the time was about $1.07 million and had remained at that level for several years. The City Council’s health committee eventually voted 9–0 for the measure after community members with HIV/AIDS testified. A month later, after sustained public outcry, the full council passed a $2.5 million funding package.

As alderman, Shiller led in city efforts to combat hate crimes, and she has worked to focus attention on domestic violence, including same-sex domestic violence. In 1998, Shiller helped with establishment of the Howard Brown Health Center’s new headquarters. Throughout her career, she has campaigned for affordable housing, and she worked successfully with political leaders to provide such housing for the elderly with development of the Ruth Shriman House.

Shiller has also supported domestic-partnership benefits, which so far the city government has extended to its employees with same-sex domestic partners. In the 46th Ward, which includes a notably large sexual-minority population as well as other minority groups, Shiller has continuously struggled to maintain both economic and cultural diversity. She also supported the appointment of openly gay Don Nowotny as ward superintendent for the city Department of Streets and Sanitation.

A Brooklyn native, Shiller was graduated from the University of Wisconsin at Madison in 1969 and is now pursuing a master’s degree in public policy at DePaul University. Before becoming alderman, she headed Justice Graphics, Inc., worked as a free-lance photographer, taught GED courses, was chief organizer for the Employment Action Coalition, and served in Mayor Harold Washington’s Political Education Project.

Shiller’s record speaks for itself. She is a compassionate and caring individual and a friend of Chicago’s LGBT population. (Please note: this information has not been updated since the time of the member’s induction).