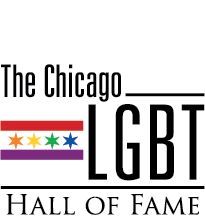 The Chicago LGBT Hall of Fame is happy to announce that it has made its entire nomination process available online. Those wishing to nominate individuals, organizations, businesses, or “Friends of the Community, may now do so without having to download print and fill out forms. All steps of the nomination process are now available on the Hall of Fame’s website. Nomination criteria and nomination forms, both downloads and online submissions are now available at www.chicagolgbthalloffame.org/nominate.

To allow everyone to take advantage of the new, online nomination process, the deadline for nominations has been extended to May 28, 2021. The nominations will be reviewed by a committee comprised of current Chicago LGBT Hall of Fame members, after which a slate of inductees will be chosen.

Kathy Caldwell, the board’s co-chair stated, “It is important to continue to recognize the achievements of Chicagoans, past, and present, especially since so many of the community’s original movers and shakers have passed on. We need to ensure that their achievements are not forgotten.”

The ceremony for inductees will be held in October 2021. At this point, it has not been determined whether it will be an in-person ceremony or a virtual one. Last year the Chicago LGBT Hall of Fame held its first virtual induction ceremony for its 2020 inductees.